Institute of Automation and Control Engineering

We are happy to anounce a series of lectures on the occasion of the 10th anniversary of the university level mechatronics program in Tyrol. The start of the series took place on January 11, 2019 with a lecture by Dr. Kim Listmann from ABB AG. He was talking about "Interaktive Roboter - Was das bedeutet und warum wir sie brauchen".

The GMA Technical Committees 1.30 "Modelling, Identification and Simulation in Automation Technology" (IACE/The Tyrolean Private University UMIT) and 1.40 "Systems Theory and Control" (University of Kiel) held their annual workshop in ANIF from 18 to 23 September 2018. The workshop was held  in cooperation with the GAMM Technical Committee "Dynamics and Control" (University of Magdeburg). This year about 80 colleagues from Germany, Switzerland and Austria participated in the workshop. The focus of the more than 50 talks was on current research results in automation and control technology as well as the implementation of the respective methods in complex industrial applications.

Again, the Institute for Automation and Control Engineering organized a study trip to the spezialized fair AUTOMATICA 2018 in Munich. On June 22, 2018, our students of the mechatronics studies had the opportunity to inform themselves about the latest trends in the fields of intelligent automation and robotics and to discuss them with representatives from different branches of business.

As last year, there will be a practical course for scholars at the Institute for Automation and Control Engineering. The internship is funded by the Austrian Research Promotion Agency (FFG).

In the course of the training the pupils will assemble a multi tank system and will put it in operation. Throughout they will be coached by a research assistant as well as by a senior scientist of the institute. The scholars will build up the test station, integrate the sensors and actuators on a programmable logic controller and visualize their signals. Afterwards, they shall implement simple algorithms to control the water level in the tanks.

Colloquium on ‘theory and praxis of distributed parameter systems’

At the beginning of February this year, the Institute for Automation and Control Engineering of the Tyrolean Private University UMIT hosted a scientific colloquium on ‘theory and praxis of distributed parameter systems’. In 15 lectures, scientists from 10 Austrian and German universities presented their actual research results in modelling and system theory as well as in control of distributed parameter systems.

This summer our Institute for Automation and Control Engineering provided an internship for one month. The Austrian Research Promotion Agency (FFG) sponsored the internship in the course of which four high school students pursue their interest in natural science and technology. The internship started with a join discussion and reflection on various applications for mobile robots. The final presentation of the internship was held on Friday, 04.08.2017. See full article

On 06 June 2017 colleagues of the Institute of Automation and Control Engineering visited the company Tyrolit at the headquarter located in Schwaz.
Beside a very interesting factory tour first talks about their focuses in research and development were held.

Dipl.-Ing. Phillip Kronthaler, research assistant at the Institute for Automation and Control Engineering, won the best paper award at the VDI Mechatronik-Tagung taking place in Dresden in March 2017.

His contribution ,Model based control of a high precision dual gantry platform with elastic cross coupling’ deals with model based control- and compensation strategies for increasing the positioning accuracy of pick-and-place units.

The VDI Mechatrionik-Tagung focuses on the become commonplace connection of mechanical engineering, electrical engineering, and informatics in industry and fields of research. The conference is held every second year and provides a place for researchers, developers, decision makers, and product managers for talks related to practice.

This year 65 papers form the fields of automatization, aerospace, automotive, medical engineering, and power industry were submitted.
We congratulated our college Phillip Kronthaler for this award and his excellent performance.

The publication entitled "A Method to Estimate the encoder Dependent Repeatability of General Serial manipulator" describes a method to estimate the effect of discrete angular encoders on the accuracy of serial robots. Specifically, the general practicability of the proposed algorithm has been shown by an application on a general serial manipulator.

We cordially invite you to celebrate with us the 5-year anniversary of the university studies in Mechatronics in Tyrol. By this anniversary the first graduates of the Master Program Mechatronics is awarded at a university-wide graduation. Companies that work closely with the IACE, will be attending a Career Lounge on site.

Many visitors, including many children, were informed at this year's Long Night of Research on 4 April 2014. The variety of research projects at the Tyrolean Private University UMIT and also research attractions were presented.

From 20 March to 4 April 2014 aesthetic illustrations were exhibited at the Tyrolean Private University UMIT that have arisen in the course of scientific work. The program committee selected 26 images from the submissions which have been offered to the visitors of the exhibition for sale. More information can be found on the website insight2014.umit.at.

Excursion: Sistro in Hall in Tirol

The company Sistro in Hall in Tirol was attended in January by around 20 students of Mechatronics and representatives of the Mechatronic Institutes of LFUI and the Tyrolean Private University UMIT. Dipl.-Ing. Günter Höfert (CEO of SISTRO Präzisionsmechanik GmbH) gave us a comprehensive and impressive insight into the company. In this context, thesis topics were presented and discussed.

Dr. Johannes Eberharter from the company Liebherr will present current topics from mechatronics research and development on Wednesday, 15.1.2014, 15:00 at the UMIT in the mechatronics lab.

Prof. Dr. Louise Trave-Massuyes, head of the "Diagnosis and Supervisory Control Group" at LAAS-CNRS in Toulouse, France and Prof. Dr. Mattias Krysander from Linköping University, Schweden give talks to these topics on 28.11.2013 from 16:00-18:00.

Prof. Dr. Harald Löwe from the Technical University Braunschweig will hold a seminar on this topic in the week from 18.11.2013 until 22.11.2013 on the Tyrolean Private University UMIT in the mechatronics lab.

In the context of dynamical systems, flatness describes a geometric property of the underlying differential equations, implying a certain "simplicity" of its solutions. From the point of view of control engineering, the concept of flatness provides an interesting approch to trajectory planning as well as model-based open- and closed-loop control design.

Prof. Dr.-Ing. Michael Zeitz from the Institute for System Dynamics from the University of Stuttgart will hold a seminar on this topic at Wednesday, 14th and Thursday, 15th November 2012, from 9:00 til 17:30 at the UMIT in the teaching laboratory mechatronics.

The presentation treats the numerical modeling of structural contact problems. Beside the normal contact we implement Coulomb's friction law in tangential direction. A special focus is given on the handling of non matching mesh interfaces. In comparison to the classical node-on-segment approach we apply a rather new segment-to-segment method, namely the mortar method. It is well known that the node-on-segment methods suffer deficiencies of locking or suboptimal convergence behavior. In contrast the mortar method shows optimal convergence behavior. The advantages of this theory have been proven by various works on this topic. The mortar method is implemented as mixed method with displacements and Lagrange multipliers as degrees of freedom. The contact conditions are fulfilled in weak manner. Among the introduction to the mortar method embedded in the finite element framework, we will focus on synthetic contact kinematics and compare different formulations for the surface normal field. Further, a special kind of numerical integration scheme is presented. The theory is then applied to various numerical examples, to show the performance of the algorithm.

Hybrid Systems is a well established field at the interface between control, computer science and mathematics that deals with systems that exhibit both, continuously valued and discretely valued dynamics. It thus provides a powerful modeling scheme to capture the rich dynamic behavior of modern engineering artefacts that exhibit an interplay between continuously valued dynamics and discrete changes among their operational/fault modes. Despite the common goal to model, simulate and analyze systems with hybrid dynamics and to synthesize controllers for them, there exists a large variety of different modeling approaches. The tutorial presents (a) a comprehensive overview among them, (b) introduces common concepts and model characteristics and (c) presents applications within the fields of system's estimation, diagnosis and control.

Dipl.-Ing. Peter Staufer from the Institute of Robotics from the Johannes Kepler Universität Linz gave this talk in May 2012

Workshop on Principles of Diagnosis 2011 (DX11)

The Institute was co-organizer of the "22nd International Workshop on Principles of Diagnosis (DX 2011)," together with the Technical University of Munich and the OCC'M Software GmbH. The workshop was held from 4th to 7th October 2011 in Murnau (Germany).  Link to Event

The European Robotics Week took place on 30th November 2011 in the laboratories of IACE and IEBE (sister institute). The Tyrolian Universities UMIT, University of Innsbruck, and the Medical University of Innsbruck presented representative examples of robotics research through presentations and hands-on experiments. An OpenLab tour of the Institute provided insights into current research and our robotics lab. 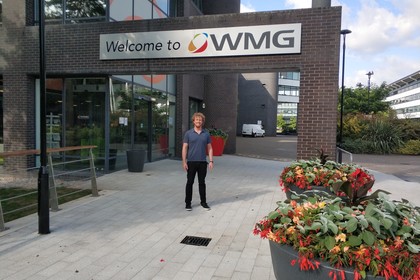 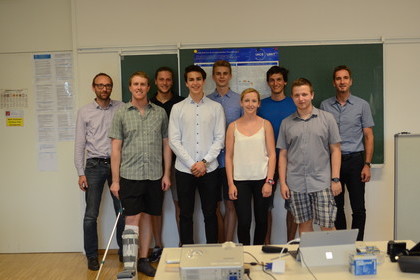 This summer our Institute for Automation and Control Engineering provided an internship for one month. The Austrian Research Promotion Agency (FFG) sponsored the internship in the course of which four high school students pursue their interest in natural science and technology. Mehr erfahren 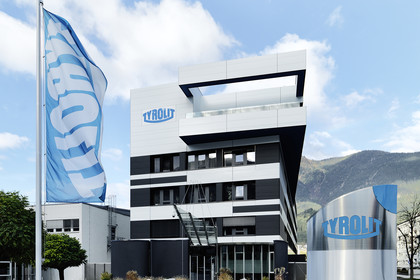 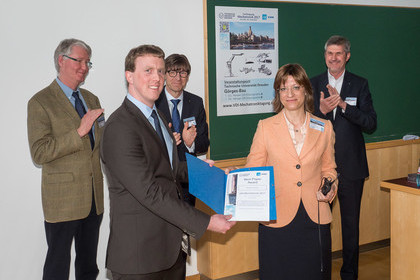